An earthly nourris sits and sings
And aye she sings, “Ba lilly wean,
Little ken I my bairn’s father,
Far less the land that he staps in.
(Child Ballad, no. 113) 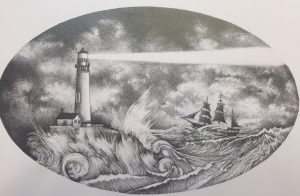 THE BLUE SALT ROAD is the second of a series of three stand-alone novellas, published by Gollancz and illustrated by Bonnie Helen Hawkins (cover art by Sue Gent), which draw loosely upon the Child Ballads for their inspiration. Set in the same Nine Worlds universe as the RUNEMARKS series, they deal with tradition, change, the power of stories, and the often uneasy relationship between the world of the Folk (that is, humankind) and that of the other races – gods, shape-changers, faerie – that inhabit the liminal spaces between Reality and Dream.

A selkie, wild and nameless, finds himself entrapped into marriage by a young woman of the Folk, and drawn against his will into the life of the land-bound humans. Robbed of his identity, the selkie remains drawn to the sea and its creatures, but, unable to remember his past, and caught between two opposing worlds, he is forced to make an impossible choice: his freedom, or that of his unborn child…

As with A POCKETFUL OF CROWS, the internal artwork is by Bonnie Hawkins (pictured here with me at the Maven Gallery in Bath).

More about working with Bonnie here.

Thinking of studying this book as part of a reading group? Get your handy readers’ group guide here…

The line between song and myth is porous, and the Child Ballads have been fertile ground for Joanne M. Harris lately. “The Brown Girl” inspired A Pocketful of Crows, and now “The Great Silkie Of Sule Skerry” offers the starting point for The Blue Salt Road. Harris understands storytelling and the power of the tradition of folk tales, but, like all the best artists, she makes it her own in this rich tale. She takes you there, to the wide strand by the ocean, the poor village, the whaling ships, and into the water itself, to a part of the world where both the Folk and the Selkie live. Although the story centres on one couple, slowly the wider picture emerges of a reality that’s different to anything we imagine at first, yet absolutely believable. Her characters are alive, with their good traits and bad; nothing is painted in black and white, not even love. It’s a very human story, as all the best ones should be, one that ends with beautiful hope, and an unexpected twist. There’s redemption and reclamation between the covers, along with every shade of emotion, and that, along with a lovingly-told story, is what makes it such a compelling read, with magic treading lightly between the words. The luscious illustrations by Bonnie Hawkins complement it all, giving another, powerful dimension to the characters and settings, bringing them vividly alive.

Review from The Roaring Bookworm Blog. 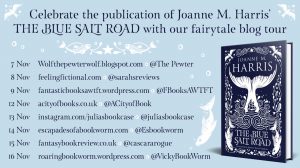 A perfect autumn and Christmas read, this combines the harshness of nature with the spookiness of a ghost story and the comfort of a great folk tale, in one beautifully told novella, stunningly illustrated by Bonnie Hawkins, with a beautiful cover by Sue Gent.