Something inside me remembers and will not forget…

When painter Alice Farrell is drawn to a Grantchester churchyard and reads the strange inscription on Rosemary Virginia Ashley’s gravestone, she feels both drawn and troubled.

And when her former boyfriend Joe returns to Cambridge with his new girlfriend Ginny, Alice is repelled by the ethereal beauty – and certain of her malevolence.

Then Alice finds an old diary, and reads the story of Daniel Holmes, who lived in Cambridge forty years earlier, and fell – like so many others – under Rosemary’s fatal spell. As the two stories intertwine, Alice’s suspicions about Ginny increase – until past meets present in a terrifying climax… 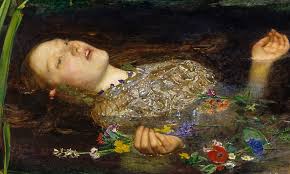 This is my very first novel. For years it has existed as a kind of curiosity; an early work, not quite in my voice; a pastiche of different authors. Weird, sexy, messy and filled with sensuality, I began it when I was nineteen, a student at St Catharine’s College, Cambridge, and for years I viewed it with a kind of affection as well as a kind of embarrassment. Although I was nostalgically fond of it, it had not been a commercial success,  and as I developed my writer’s voice, I began to view it as a badly flawed experiment, containing all the stylistic mistakes I needed to make as a writer before moving onto to better things.

But with the passing of time I have come to change my mind, and to soften towards my firstborn child. I still don’t consider THE EVIL SEED as my best work, and yet for the writer I was at nineteen, it was typically ambitious. A vampire novel that never uses the word; a love story in two time frames and in two narrative voices, using Pre-Raphaelite art as a metaphor for vampirism. My red-haired  heroine, Ginny, was loosely based on the artist and muse Lizzie Siddall, and the book is filled with descriptions of paintings and the artistic pocess. I remember where I came across the initial idea; a cemetery in Grantchester, with a peculiar gravestone. The name on the grave was Esma Marie Cairns, and you can still find it if you look carefully, although a giant conifer has grown there since, and hides it from sight. The inscription on the grave reads: Something inside me remembers and will not forget. It gave me the shivers. It still does.

And so I began to write this book, a ghost story based on a gravestone. I worked on it in my spare time, when other students were going out and socializing. I was never especially fond of going to the pub, even then. I wanted to write a literary Gothic novel, something that had not been done since the 19th century. I wanted to prove that horror writing could cross over into a literary genre without losing its heart in the process. It was an exceptionally hard sell. In those days the concept of crossover fiction was entirely unknown. Genres kept to their lane with an almost phobic rigidity. No-one really understood what I had been trying to create, and my agent (who acknowledged that I could write, but that I had no commercial instincts) ended up trying to sell my book on the back of the success of the newly-emerging Anne Rice.

This was the cover – a paperback original, cheaply-produced, with that weirdly dated lettering. I loved it unconditionally, of course – it was my first novel – but it didn’t do justice to the book, or to its potential readers. It sold a couple of thousand copies, then vanished pretty much without trace until the success of CHOCOLAT. After that it became so collectible that people were paying thousands of pounds for a second-hand copy, and readers  genuinely curious to know how I’d started my writing career demanded that I republish.

My publishers agreed to reprint, and nearly twenty years after it first came out, THE EVIL SEED  got a new lease of life. By then, crossover fiction had begun to emerge in publishing, and it was neither so odd, nor so startling. I even had some readers demand that I should write more in the vampire genre, but by then I’d moved on, and my voice had changed, and I was exploring other worlds.

Now, publishing has changed even more, and crossover fiction is not only possible, but actively desirable. Genre-bending bestsellers come out all the time, and horror is no longer limited to books with shiny black covers. I love this; and that’s why I’m glad that my first novel remains in print. It is an early work, and contains much that I would do differently, if I had the chance. But the thinking behind it remains true; and my hope for a world in which literature can expand beyond the commercial boundaries of genre seemes to be getting closer…