From time to time, if they’re lucky, authors sometimes get the chance to work in collaboration with other people in different media. I’ve always jumped at these opportunities to work with other creatives in the field of music, theatre, film, game, illustration, dance (even scent!), and to see my stories presented and interpreted in very different ways.

These are some of the things  I’ve been involved with over the years: some projects are still ongoing, others are beautiful postcards from the past. Either way, they brought me tremendous joy, and deserve a celebration.

An Open Letter To Death

If you could say one thing to Death, what would it be?

Death comes in many guises. We know them as Azrael, Thanatos, San La Muerte, the Grim Reaper, Hel. Sometimes they bring sorrow and grief, sometimes they come as a merciful friend. Some people greet them with anger, with fear, with courage – even with relief. How would you greet them? What would you say?  In what form would they appear?

In An Open Letter to Death, two very different creators come together to explore the many faces of Death, taking inspiration from folklore, popular culture and the stories of our lives. The result is at the same a fusion of theatre, dance, music, storytelling and song, and a unique and cathartic experience – a chance to meet the Reaper, unmasked. 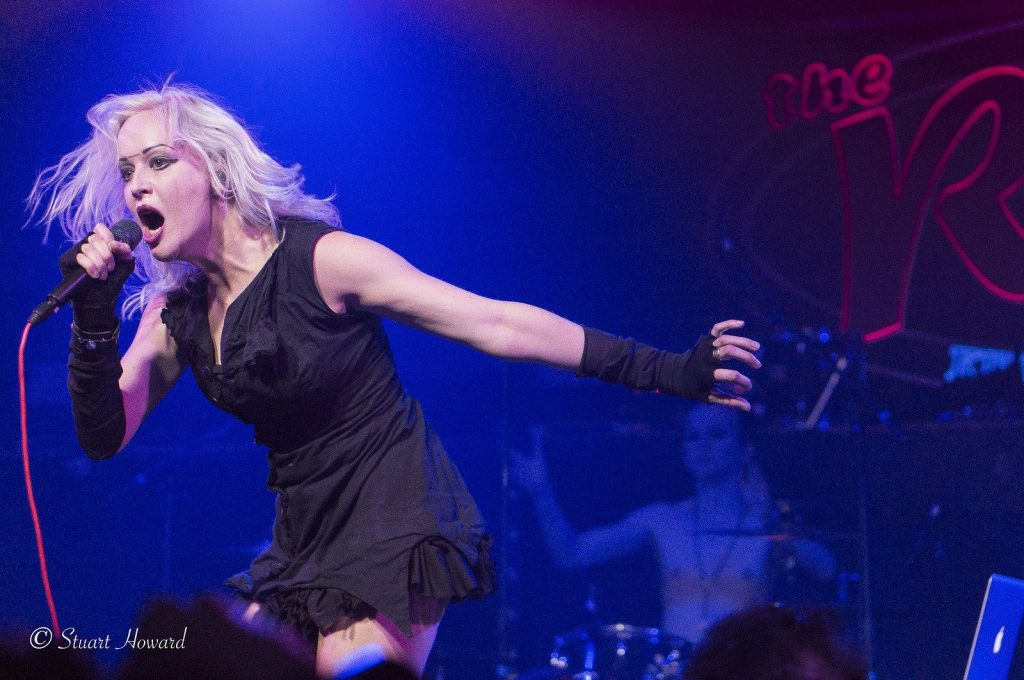 Olivia Hyde is a singer-songwriter, actress, film director, and the beating heart of cult indie rock band Bad Pollyanna, whose powerful hit ballad, Invincible Girl, launched in aid of the Sophie Lancaster Foundation, became the anthem of a counter-culture.

Olivia’s exciting new project is “An Open Letter To Death,” a stage show in collaboration with Joanne Harris and the Storytime Band, featuring an array of special guests in a variety of media, and exploring the one subject that unites us all through music, dance and drama. 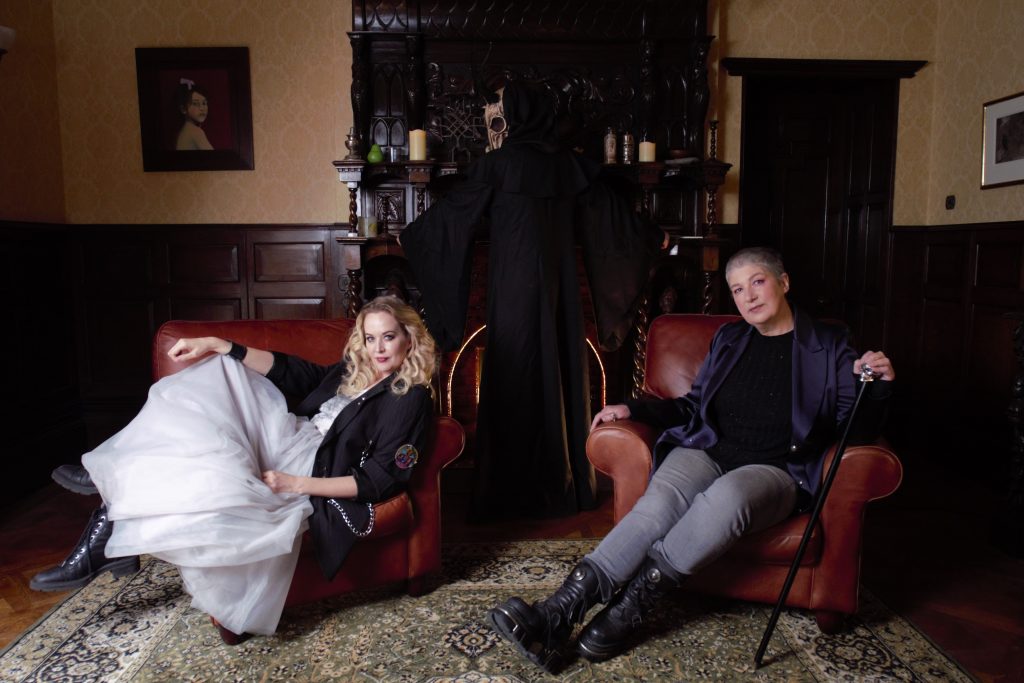 As you may have gathered, I’m a great fan of musical theatre. This project is an ongoing collaboration between me and the brilliant and multi-talented composer Howard Goodall, which started as a conversation on Twitter, and became… 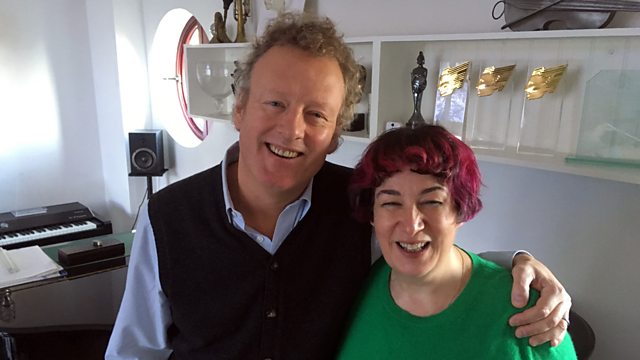 The script for this went through various incarnations, beginning as a play, then becoming a sung-through musical. It is still a work-in-progress, but it debuted here, at Mountview Academy in Peckham in 2018. (Photos by Mountview.) 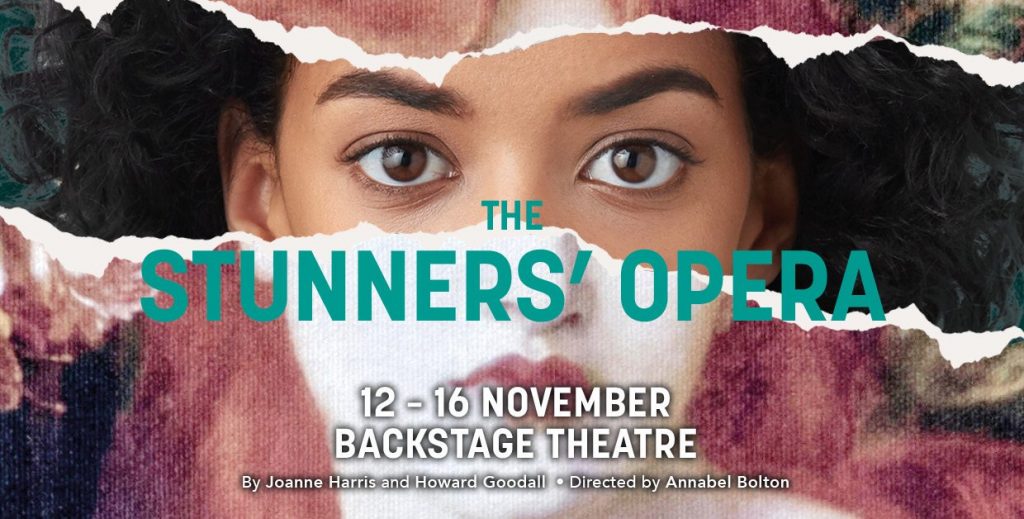 The Stunners of this story are the models who sat for the artists of the Pre-Raphaelite Brotherhood – some of them artists in their own right. Lovers of Pre-Raphaelite art may already know of Lizzie Siddall, Janey Morris or Fanny Cornforth; but what about Fanny Eaton, the Jamaican model, or the tragic figures of Ellen Smith and Sophy Gray? Mostly, all we see of them now is the work of those artists who chose them, posed them, idealized them, and dressed them in the costumes of an imaginary age.  Through the lens of the male gaze, their true faces are seldom seen. Silent in their attitudes, they have no voices of their own.

A lockdown in a gallery brings five very different women together. These women – all of them strangers – find themselves sharing the stories of those long-dead Stunners, and finding that their own lives are not as different as they think… 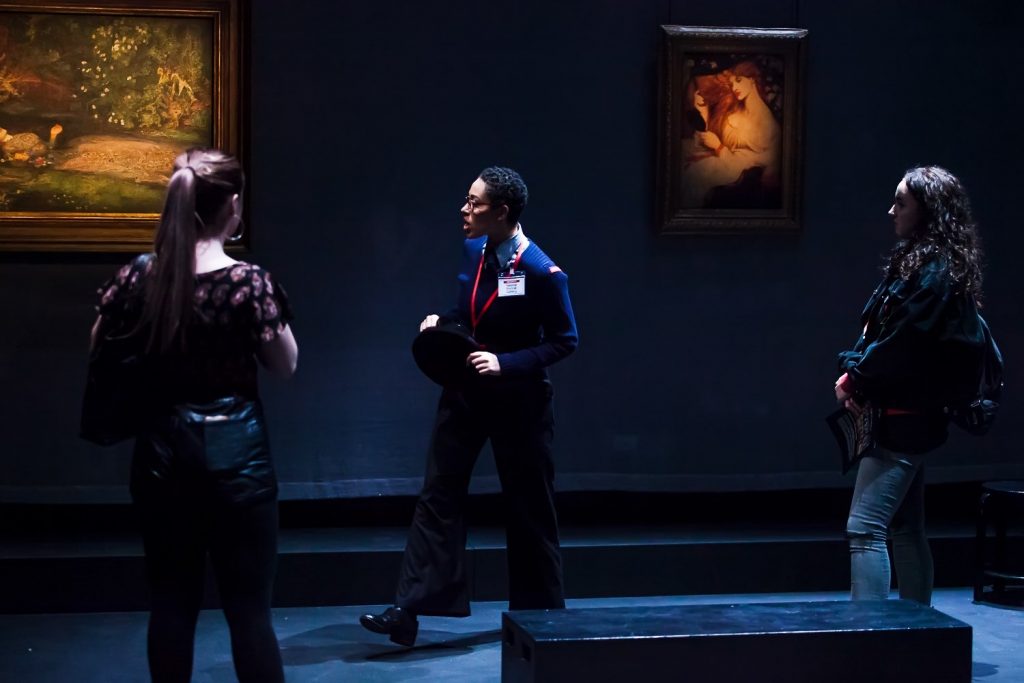 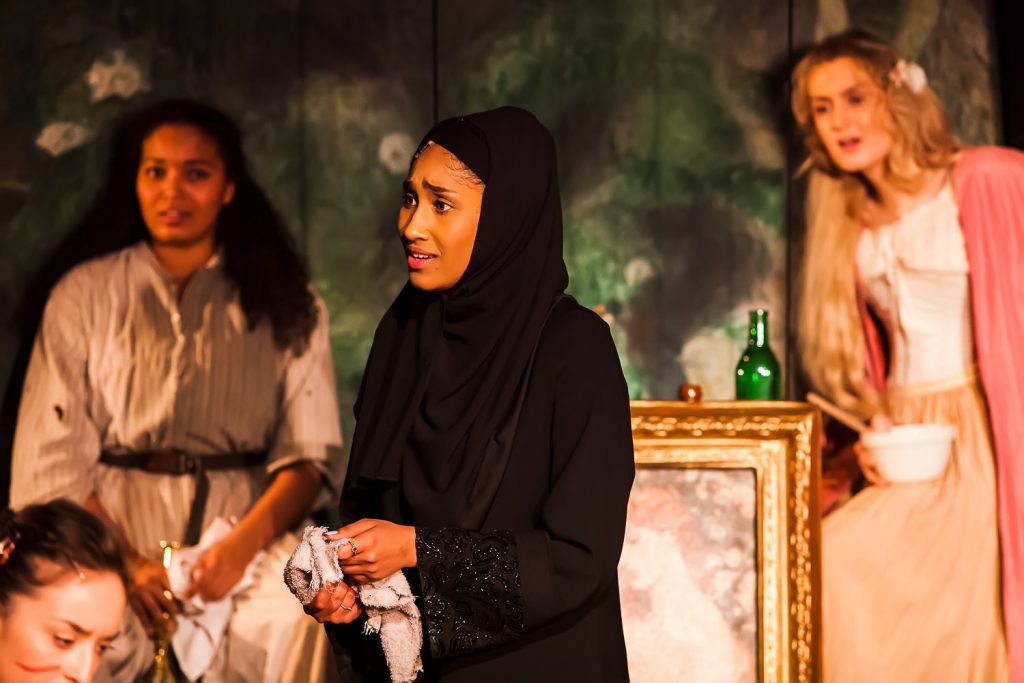 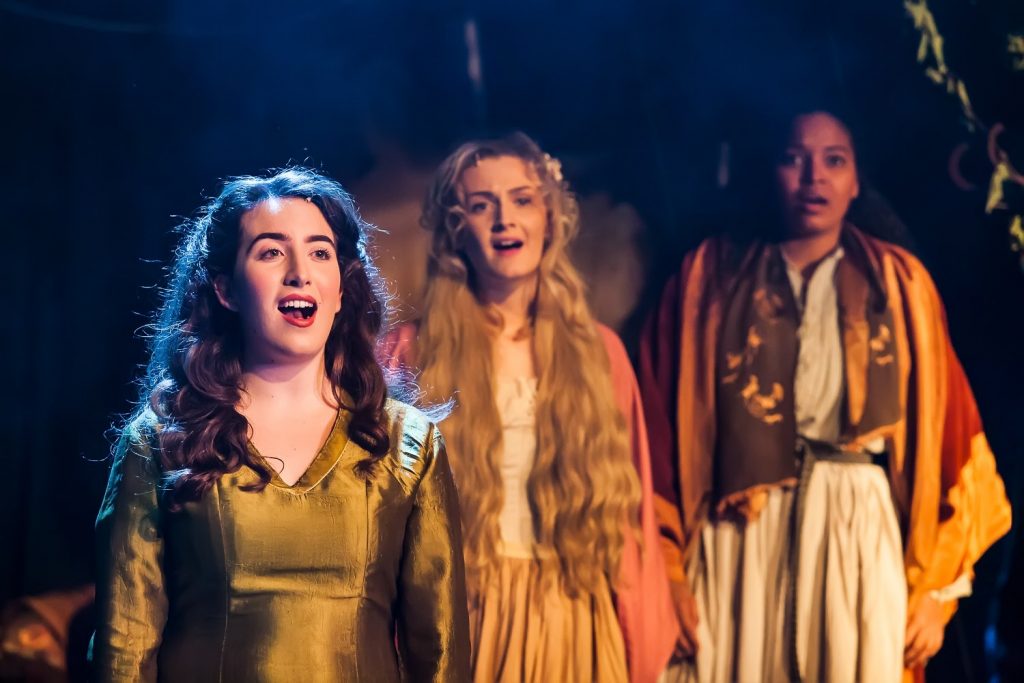 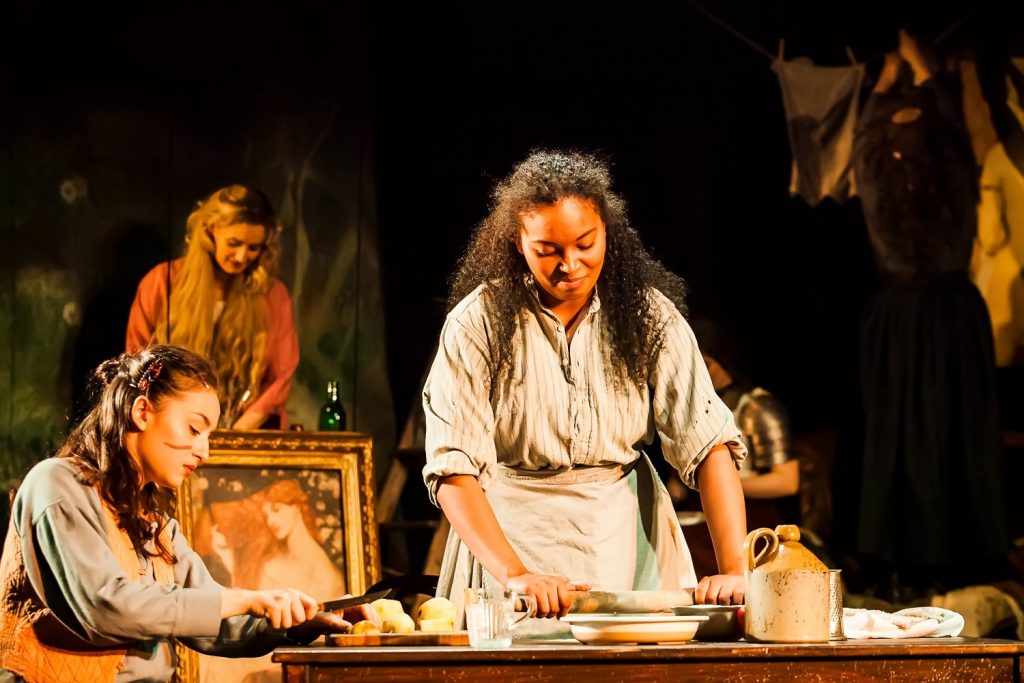 You can hear one of the songs from STUNNERS here on Spotify.

Tête à Tête Opera commissioned Clockwork as part of their 2014 Pop-Up Festival. The show was developed, rehearsed and performed free for all to enjoy in the public spaces of King’s Cross.

It’s based on a story from HONEYCOMB, which I’ve also used as part of my #Storytime show. Here’s a link to a post I wrote about the process of converting a short story into a pocket-sized opera.

A man, dissatisfied with his wife, decides to build the perfect woman.
Music – Lucie Treacher (read more about Lucie here)

This is a link to the performance.

This too was commissioned by Tête à Tête Opera, as part of their 2015 Festival. Once again I used a story from HONEYCOMB to make the libretto, which the band and I had already used in a very different way as part of #Storytime. Once again I worked with the talented and innovative Lucie Treacher, who composed the music.

The Queen of the Moon Jellyfish falls in love with her counterpart in the sky – the Moon – with tragic repercussions. 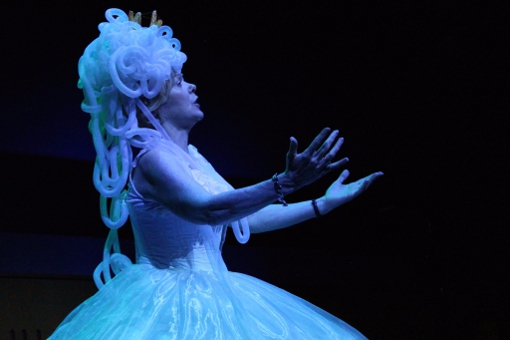 Here’s a link to the performance.

In 2011, the National Youth Ballet staged this production of BALLET CHOCOLAT, with choreography by the talented Andrew McNicol, who danced the part of Reynaud, and who at the time was still only 18.

He used the original music by Rachel Portman as the score, and launched the ballet as part of a gala evening of dance by the National Youth Ballet at Sadler’s Wells. 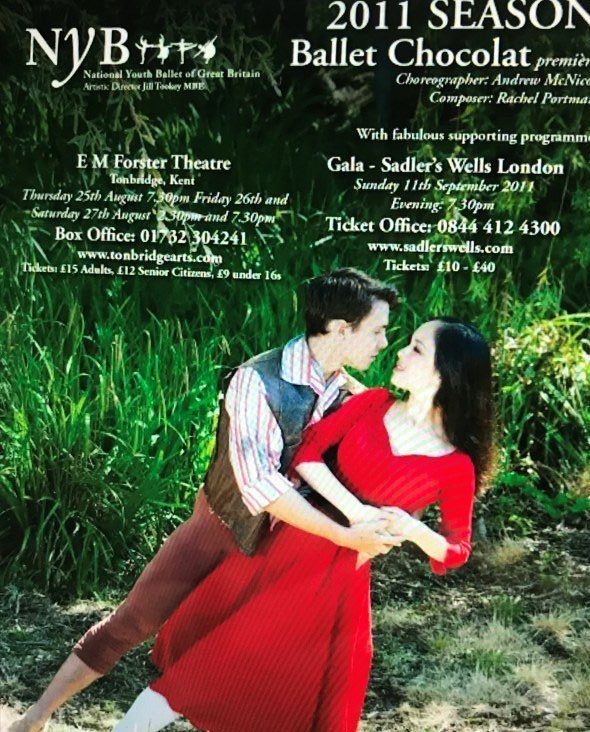 As far as I know, there was only one performance of BALLET CHOCOLAT at Sadler’s Wells, but I was there (as was Rachel), and I can confirm that it was both beautiful and incredibly moving. I’d love to see an extended version of it on a big stage.

Since then, Andrew McNicol has done some incredible work. I’d love to work with him one day.

Below: images from BALLET CHOCOLAT. 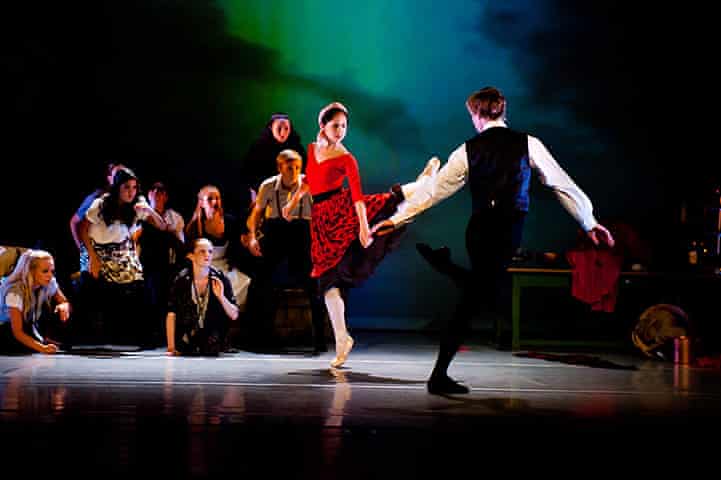 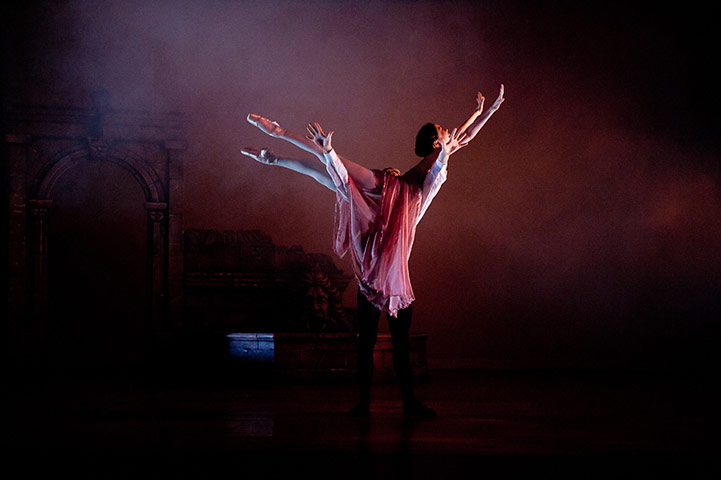 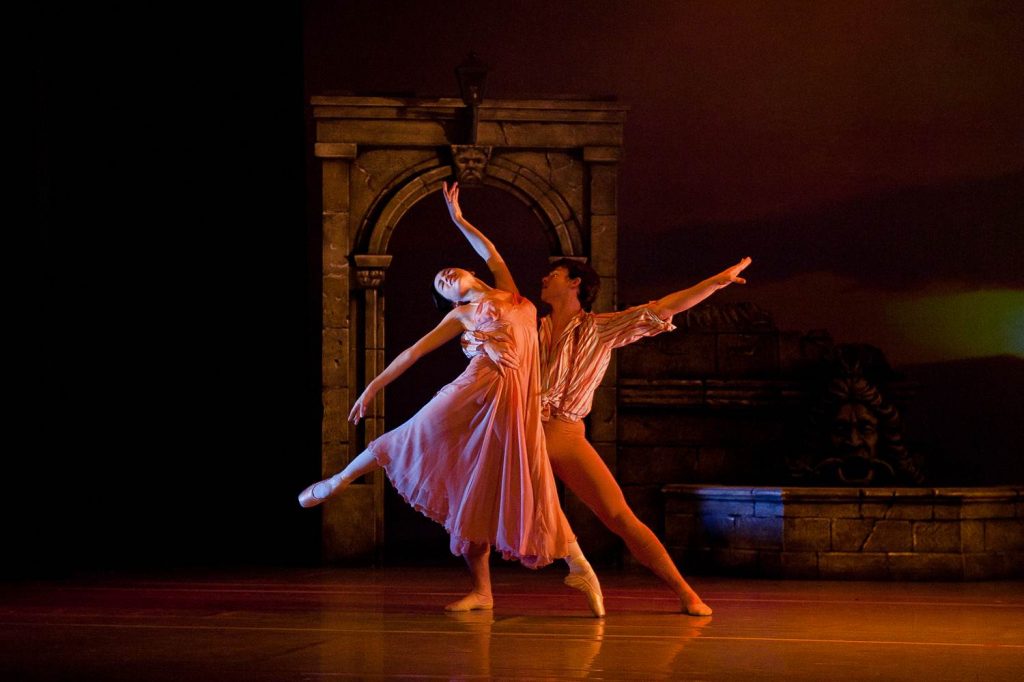 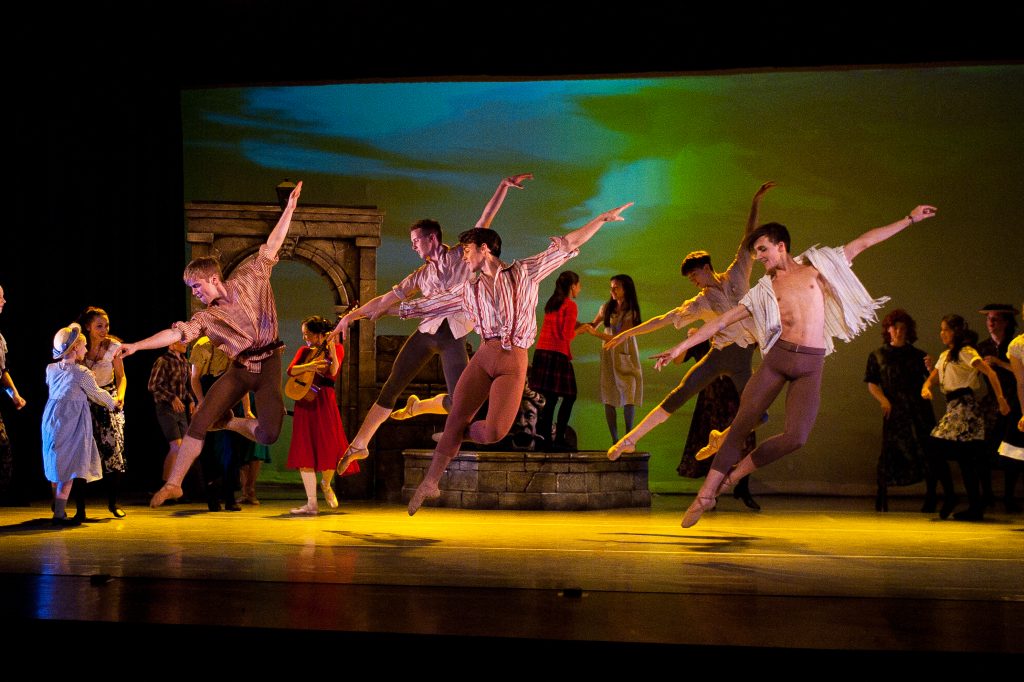