I’ve long been an admirer of the work of Charles Vess. His name has featured on the covers of some of my favourite books, and I’d wanted to work with him for years before I started to write Honeycomb. It takes a certain kind of world view to be a good fairy painter; and Charles has a free, pagan spirit to him, as well as a kind of playfulness that comes out in his vision. I had already been lucky enough to have him illustrate one of my stories for Faerie Magazine: and I knew that if ever I had the chance to write an illustrated book, he would be my first choice.

That was seven years ago. On impulse, without even having spoken to my publisher, I wrote to Charles with the idea for Honeycomb, and sent him a handful of stories, asking if he might like to illustrate them. To my surprise (I had some idea of how busy he was), he agreed to do it. It took some time to draw out the contracts, and still longer for Charles to find a way into the idiosyncratic visuals of the book, but I was prepared to wait as long as it took. We kept in touch on social media, and a few years ago Kevin and I spent a week or two celebrating Charles’ birthday at Neil Gaiman’s house on the island of Skye; exchanging ideas; visiting local beauty spots, wishing wells and faery glens; getting bitten by midges and drinking a lot of Talisker. To draw magic, I really think you need to believe in magic: and to me, Charles seemed as part of the magical world of Skye as the standing stones and the mountains.

Every illustrator is different. Every one has a different approach, a different style of working. Whereas Bonnie (who illustrated my novellas) likes to discuss ideas and share every step of the illustration process with me, I wanted Charles to have as much freedom as possible when it came to choosing what to illustrate, and how to interpret the text.  From his end, he kept me apprised of his work-in-progress, showing me his preliminary drawings before moving onto the inking and colouring process. 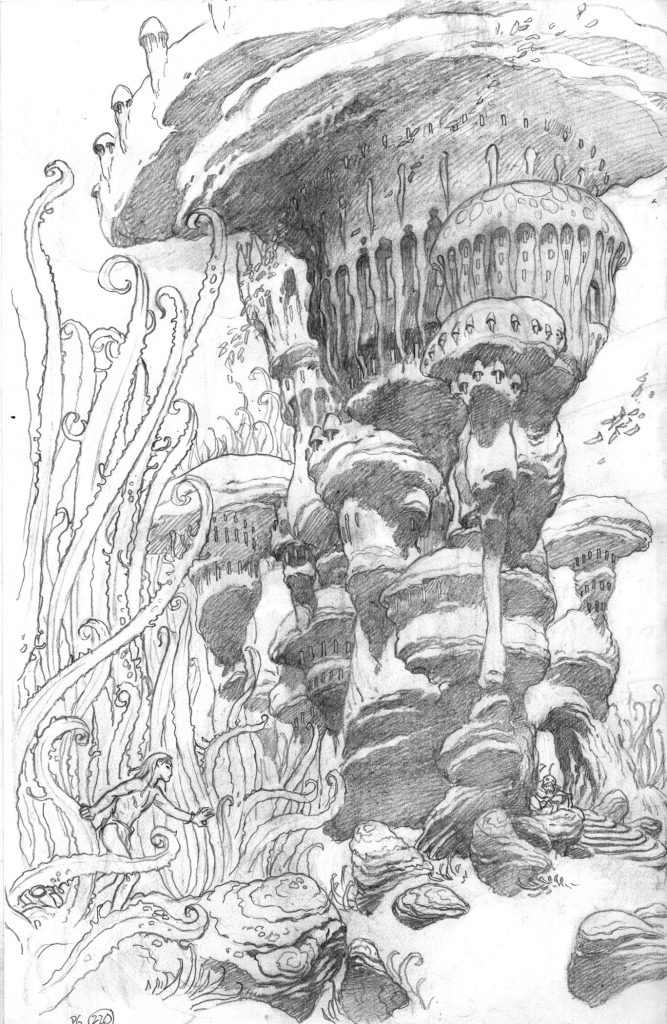 (Above: preliminary sketch for Honeycomb)

All this has taken rather longer than either of us originally planned. But it has been well worth the wait: Charles’s work on Honeycomb is filled with wonderful surprises. It has a marvellous fluidity, as well as a startling, shifting sense of scale – the figure of the Hallowe’en King, dwarfed into insignificance by the size of his massive throne of skulls;  the towering hulk of the undersea court of the Queen Below The Water. Through the lens of Charles’ art, the Silken Folk of my stories are neither entirely human, nor overly insectile: and their beauty is slightly monstrous, yet altogether bewitching. I think illustrations give a different dimension to a text: translating them from simple print into the stuff of dreams (and nightmares). In the case of Honeycomb, Charles has brought my  dreams to life. I can think of no finer magic than this.

(Below: Charles Vess, on Skye, in full Tom Bombadil regalia.) 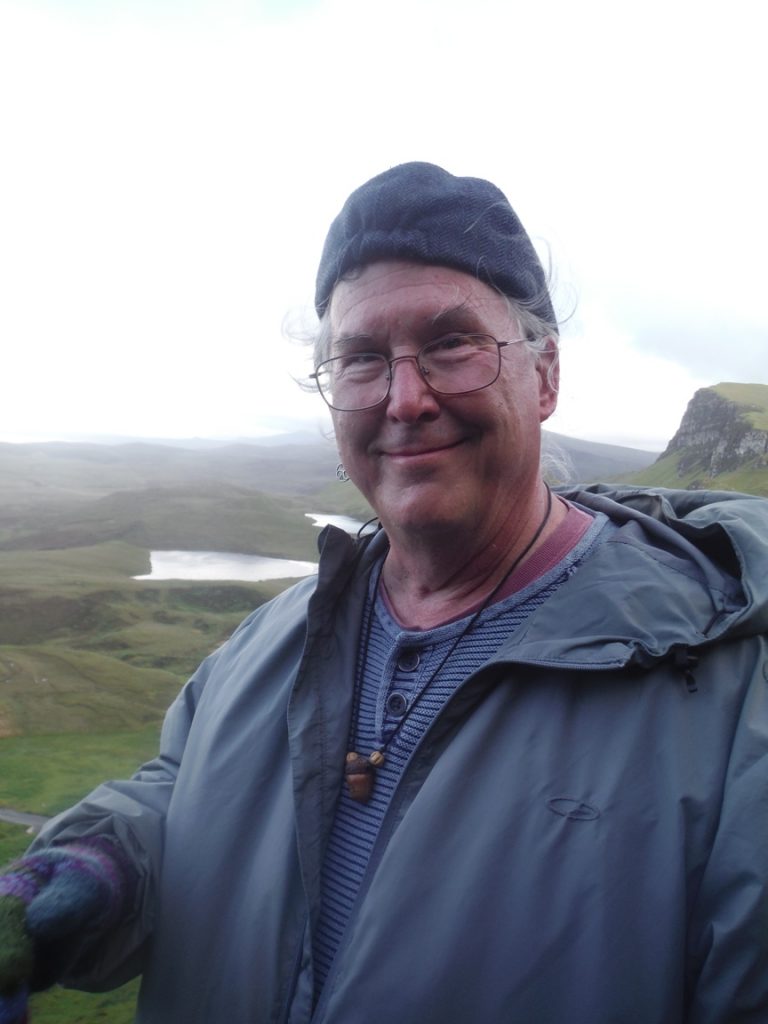