There once was a classically-trained flautist, who fell in love with a progressive-rock drummer. Both of them were very young – sixteen and eighteen, to be precise – and both attended the same school. They had a friend at the same school, who played piano and keyboards, and at the time, he and the drummer were trying to put together a band. The flautist, who knew very little about progressive rock, but who already knew where her heart belonged, realized very early on that the bend could use a bassist. And so she set herself the task of learning how to play the bass guitar – though, as it turned out, she was better at writing words than playing bass. But she joined the band, married the drummer, and through good times and bad, the three remained friends, played music together and generally had a good time. 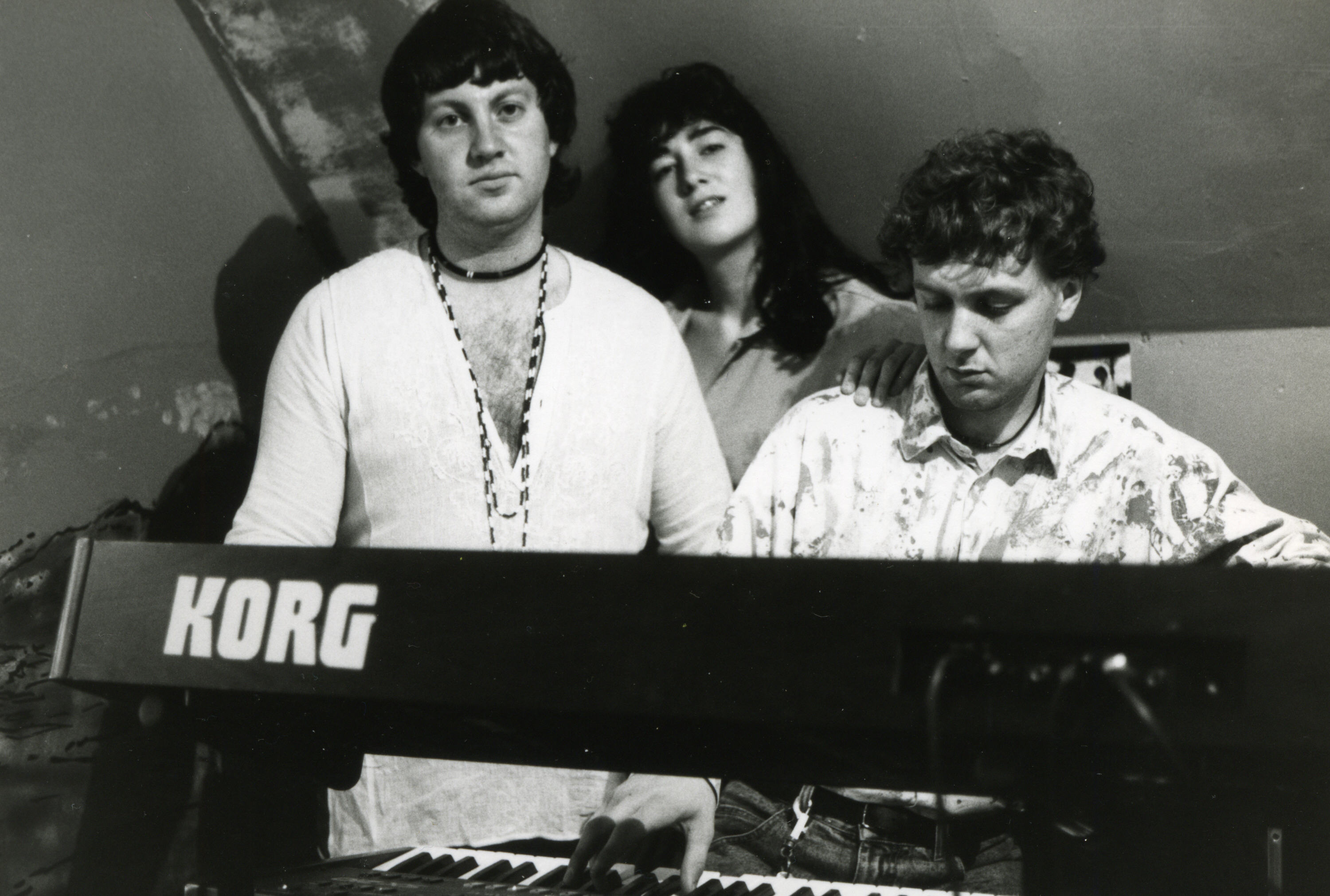 Years went by. The flautist became a teacher. The keyboard player became an electrical engineer; the drummer, a land researcher for a building firm. But they never stopped making music, although in time, they gave up the idea of ever playing professionally. They went under a variety of names, and tried out a number of guitarists – who, for some reason, never stayed long – but rarely played in public, preferring the security of a back room or garage to the bright lights of the stage.

One day, the flautist, who had always enjoyed writing stories, found that she had written a book. She gave up her job as a teacher, and started to write for a living. She wrote all kinds of stories, but she kept on playing music, because stories have a life of their own, and love to migrate from the printed page into pictures, performance, even song.
Not so very long ago, she joined a thing called Twitter. At the time, she wasn’t convinced that she would enjoy social networking. But, rather unexpectedly, she did; and made many friends along the way. Sometimes she would tell stories there, too, on the spur of the moment, making them up as she went along, under the hashtag: #Storytime. And because the phrase Once Upon a Time had already been taken, she always began her stories like this:

Rather to her surprise, she found that people enjoyed her #Storytime tales. Several were published in books and magazines, and some were expanded into stage performances: one became a short musical; two became mini-operas.

After a while, she understood why: the stories wanted to be free; to leave the 140-character limit imposed by Twitter and escape in all directions.
By now there were almost a hundred tales, most of them originally written on Twitter. She began to shape them into a book, and asked a wonderful illustrator – Charles Vess – to contribute to the project. But somehow, that still wasn’t enough. The stories wanted something more. And so, she had the idea of setting some of them to music; of making something new, which would combine storytelling with music, and songs, and images. And this was how the #Storytime Band came to be part of this project – one that is still in development, and adding new material all the time.