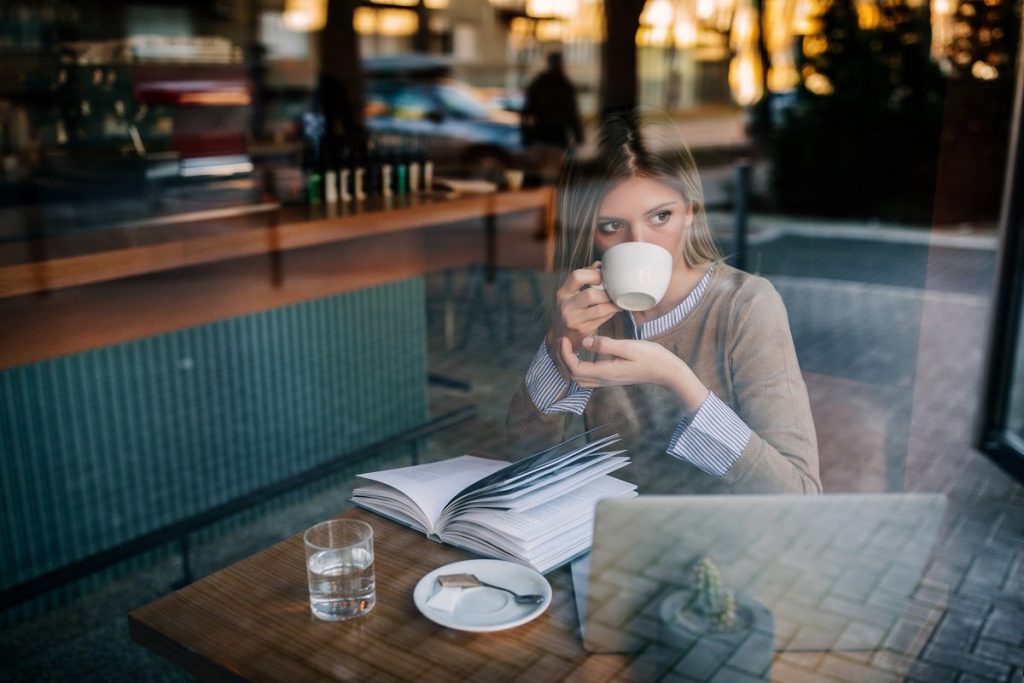 Bernie Ingram is forty-nine, menopausal, lonely. Married since the age of eighteen, with no close friends and few family ties, she feels as if the past thirty years of her life have been sacrificed to others: to her husband, Martin, who still carries a torch for a one-night stand at University; to her son, Dante, whose affection seems largely directed towards his maternal grandmother; to her boss, Salena, who runs a struggling bookshop in London’s East Finchley. Bernie’s own ambitions and dreams have been forgotten by everyone – including Bernie herself, who feels herself growing less visible, less surprising, less lovable, with every passing day. Until the murder of a woman in a local park unlocks a series of childhood memories, and with them, a power that she has suppressed for all her adult life.

When a woman finally breaks, watch out for the pieces…

As I was writing A NARROW DOOR, I thought a lot about women’s power, and especially that of the middle-aged woman. I realized that in traditional tales, young women tend to predominate. Their power is often in their beauty, their youth – and most especially, their desirability to men. Older women often tend to be antagonists – cruel stepmothers, witches, jealous bosses, powered by envy and rage for the fact that their youth and beauty is waning. I asked myself where are the stories of women in control of their power? And through that I started to think about what a woman’s power means, and how to build it into a story.

Some of you will already know that I’m a big fan of Stephen King. I discovered his short novel, CARRIE, when I was in my late teens, and was fascinated by his depiction of the misfit at high school, and of the destructive potential of teenage hormones out of control. Revisiting it later, I began to ask myself this: What if Carrie White had lived? What if her powers had emerged, not with puberty, but with menopause?

That was how this book began.  Against the background of the #MeToo movement; the murder of Sarah Everard; the uncertainty of Covid; the loneliness of online relationships and some of my own physical and mental changes. Bernie Ingram isn’t me: and yet,  I can identify with her. I put her story together as a kind of homage to CARRIE, but a Carrie with thirty years of life and experience to guide her; a Carrie who has already survived being a misfit at high school; a Carrie with a second chance at making a difference to the world, and whose powers, though potentially as dangerous as Carrie White’s, have since evolved into something more. It turned into this; a story of growth, and redemption, and revenge, and visibility, and friendship, and self-discovery. Add to that rather a lot of feminism, too: in a world in crisis, a world in which women’s rights have shrunk, rather than continued to grow, this is a book about women and their attitudes to men; the men they love, and hate, and fear. And it’s a story of what happens when a woman’s anger, hoarded for years, is finally given its chance to escape.

Q: I’m an abuse survivor. Will I be triggered?

A: I don’t know. There is abuse in this book, and violence against women, and implied rape, but none of it is graphic, and I hope none of it is expressed in a way that allocates blame to the victim, or glorifies the perpetrator. But it is a tough book in parts, and you should be aware of that.

Q: I’m a man. Will this make me uncomfortable?

A: If it does, maybe it’s doing what I meant it to. A story should make the reader ask questions. And in this case, the big question might be: why would a book about women have nothing in it for men to learn? And if you do feel uncomfortable, where is the discomfort coming from, and why?

Q: So, I’m confused. Is this a horror novel?

A: Certainly not in the way that CARRIE is a horror novel. Bernie sometimes horrifies herself, but she isn’t a monster. Her powers take a very different form to those exhibited by Carrie White. Plus, I’ve deliberately sidestepped some of the elements of Stephen King’s story – the monstering of the protagonist, the monstrous mother, the graphic portrayal of abuse, the portrayal of the other women and girls as being almost universally cruel and hostile – that made that voice a man’s voice, rather than a woman’s. And I’ve tried to keep some ambiguity – which King does not – as to whether or not Bernie’s superpowers even exist at all, or whether they are simply in her mind, and in the minds of those she has touched. So no: not a horror novel as we usually encounter them – unless we work on the assumption that to live under a patriarchy is already horrific enough….

Q: You always use a different scent to mark the writing of your novels. Which was it this time?

A: Lumière Noire, by Francis Kurkdjian. It’s quite a dry, unusual patchouli-rose combination with cumin, cardamom and narcissus. (I’m using the men’s version of it because I like it slightly better, but in any case I don’t believe fragrances have gender.)

Q: You write this book in two voices. Why?

A: I like writing in the first person. It allows me to explore all kinds of things I can’t explore in any other way – memories, misdirection, the stream-of-conscious movements of my protagonist’s mind – as well as playing with the idea of persona, the subconscious and the different faces of truth. Most of the book is written in Bernie’s voice, but there are short sections in Kate’s voice that allow me to show Bernie from another person’s point of view, and to play with the theme of perspectives. Bothe voices are quite similar, in spite of them being from very different personalities: but yes, there’s a reason for that.

Q: What exactly are Bernie’s superpowers?

A: Well, I’ve tried to keep them ambiguous, but basically she has the power to project herself into the minds of others, or to sense, and even manipulate their thoughts.

Q: So a kind of super-empathy, right?

A: Not quite. I have tried to play with (and subvert) the common idea that women are more empathic than men. I don’t know whether or not there’s any truth in that, but within a patriarchy, women are certainly expected to be that way. Bernie has been brought up to believe that understanding and nurturing men is her principal role in life: the emergence of her powers teaches her that she also has a responsibility to herself, a responsibility that extends to all women.